A new wine for Tuesday-night leftovers 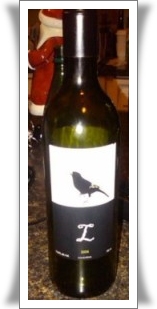 w Year's Day, I made a meat pie for dinner from the left-over Christmas Eve prime rib, veg, and mashed potatoes, which had all been frozen for the week.

It was easy because I cheated and took a frozen pie shell, filled it with cut-up beef mixed with gravy and veg, and covered it with the left-over mashed potatoes I had mixed with a bit of flour and melted butter and then flattened to serve as a pseudo top crust. I picked a new (to me) cheap (at least, in this market it's cheap) red to try: 2006 Lujuria($9.99/13.5% ABV).

Lujuria, a blend of Monastrell (also called Mourvèdre or Mataró) and Merlot, is produced by Bodegas y Vinedos del Mediterraneo and hails from Yecla, DO(Denominación de Origen), a smaller and lesser-known wine-growing region than its immediate neighbours, Jumilla, Almansa, and Alicante.

Lujuria isn't, in my books, a wine I'd serve at a special occasion, but it's friendly and easy to get along with—and only $9.99. Certainly, it's a Tuesday-night-with-leftovers wine that I’d buy again.

There were 12 of us for New Year's Eve dinner at Detta and Peter's place. We started with bubbles—Prosecco and Lambrusco—served with various appetizers in a stand-around-the-kitchen-island fashion, which, for some reason, we all seem to love 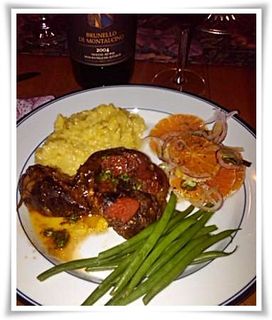 While chatting, sipping, and nibbling, the osso bucco was finishing its magic in the oven and the saffron-infused Parmesan cheese risotto came to a glorious stove-top finish.

Beside the osso bucco and risotto was a blood-orange-and-onion salad and steamed green beans. And, alongside the food were the wines.

First bottle opened was the 2004 Argiano Brunello di Montalcino DOCG ($69.99/14% ABV): deep ruby red, with just a hint of purple; floral notes and red fruit on the nose; and more red fruit—especially juicy cherries—well-integrated tannins, and an earthiness on the palate that worked so perfectly with the rich food. Because we had no decanter (and this wine should be allowed to aerate), I used my Centellino Areadivino to help the wine open up.

Second red opened was a 2006 Township 7 Cabernet Sauvignon ($25.99), a reliable bottle that always serves us well with its aromas and flavours of black currant, black cherry, coffee, and chocolate, all tied together with a vanilla yumminess that wasn't over done.

Third red opened was a Malbec from Argentina. Unfortunately, I didn't get a chance to write down the wine's name, producer, or anything else that might be considered important. It was tasty, though. 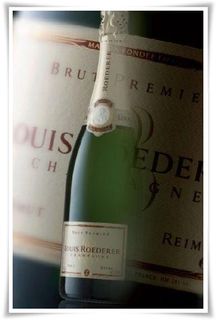 There were a couple of whites and a rosé being poured, but because I wasn't drinking them, I didn't pay very much attention. I apologize to everyone for being so red-centric.

We interrupted our Trivial Pursuit team challenge (spoiler alert: our team won!) to toast the New Year with first a bottle of Sumac Ridge Tribute Silver NV ($30.00/13% ABV) and then a bottle of Louis Roederer Brut Premier Champagne NV ($59.99/12% ABV) that presented the classic aromas and flavours, including yeasty bread dough, apple, and citrus.