I made friends with a scary grape and a really Sociable! guy 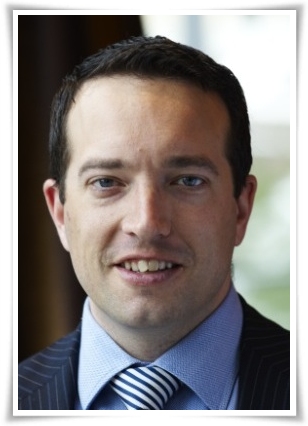 Pinotage frightens me. Every experience I’d had with this South African grape was, shall we say, much less than favourable. So imagine my surprise when I asked Shane Gibson (co-author of Sociable!) what wine he’d pair with his new book and he answered, “Pinotage.” I quickly told him about my experience with this varietal wine and he just as quickly told me I simply hadn’t had the right one—yet.

Inniskillin has taken to growing varieties of grapes not largely cultivated in B.C.  From those grapes they produce small lots of what we call varietal wines—wines produced from one grape variety only. I’d tried their Sangiovese, Malbec and Zinfandel varietals, with happy results, so thought I’d give the 2006 Pinotage ($29.99/13.5% ABV) a go. I’m glad I did.

This wine was fruity, smoky, spicy and earthy, with soft, workable tannins. There was even something a little tropical about it (my brain kept asking, “bananas?”). It paired well with dinner of grilled strip loin steaks, roasted potatoes and Caesar salad and was just as nice to drink all on its own.

I’m not scared any more.

Shane Gibson, co-author of Sociable!, heads straight for red—red wine, that is.

What is your everyday, go-to red wine?

Gibson brought a case of Casillero del Diablo Cabernet Sauvignon back home from his last trip to Chile, which makes this wine his default go-to red. Summer Hill Pinot Noir is his alternative.

What is your everyday, go-to white wine?

As for white wine, Burrowing Owl Pinot Gris is the one he calls his go-to.

What is your overall favourite wine?

“After living in South Africa for a couple of years, I must say that I really like South African Pinotage. Trouble is, getting good ones in B.C. is almost impossible.”

Tell us your favourite food-and-wine pairing.

Very few people hesitate with this question and Gibson is no exception: “Thai food and a bold Cabernet Savignon such as the Casillero del Diablo or Don Melchor from Concha Y Toro.”

Which one wine would you take with you if you were about to be deported to a deserted island?

“Assuming that I would be hunting boar on this deserted island, the Summerhill Pinot Noir, which would pair well, is my pick.”

Value from the vines

Stuffed full of strawberry and raspberry aromas and flavours, this Pinot Noir is fruity, juicy, light and cheerful, with tannins that are hardly noticeable, which makes it a good choice for white-wine drinkers who want to make the transition to red.

While it’s not meant for deep analysis, this wine is fun and pairs well with many foods: think salmon, Asian-influenced pork chops or chicken. 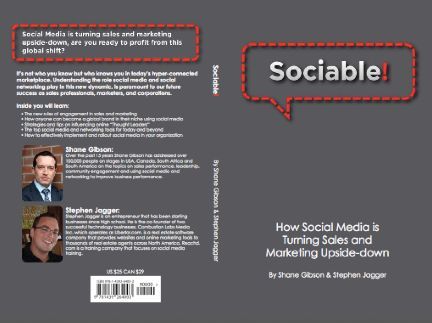 Shane Gibson and Stephen Jagger, co-authors of, Sociable! How Social Media is Turning Sales and Marketing Upside-down, are the guest speakers at the April 21 Abbotsford Chamber of Commerce luncheon.

I sure enjoyed the time we spent at Marquis Wine Cellars on Tuesday. I tasted all 18 wines but didn't get a chance to make any real notes. I always find it such a challenge to properly taste and record at events like this because I'm just so easily distracted, especially by opportunities to socialize and chat with so many lovely and wine-smart people. 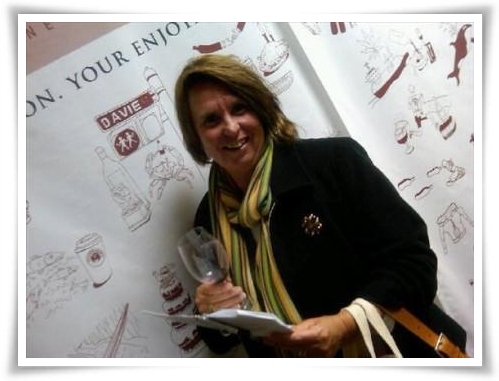 Karen Laing, fellow writer and Chairman of the Board of Prospera Credit Union,
joins us for tastes at Marquis Wine Cellars' Tuesday event

I use the Five-S system when I taste wine 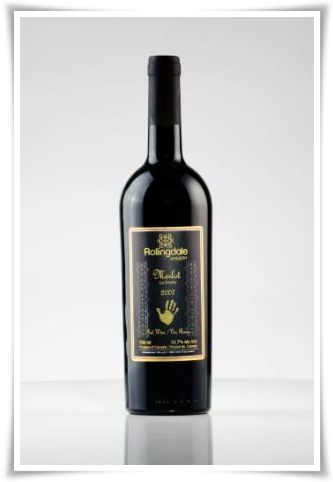 We decided on a prepared chicken pot pie and tossed salad for supper the other night.

I knew I didn't want a white wine and I was too tired to pick out a red, which is why I used Natalie MacLean's handy wine-and-food-matching tool to "tell" me which wine to drink. Her answer was a Saint Émilion Bordeaux, but, alas, my cellar is sorely lacking such nectar. So, in its stead, I opened up a wine from B.C.'s Okanagan: Rollingdale Winery's own right-banker, the 2007 La Droite Merlot ($42.86/12.7% ABV) that I had received from the winery as a sample.

The La Droite is a red-wine blend made up of 94% Merlot, with the balance comprised of Cabernet Sauvignon (3.8%), Malbec (2%), and Cabernet Franc (0.2%). Some folks call it a Meritage, but from what I understand, in order to legitimately call a wine a Meritage, it must be (1) licensed by the Meritage Alliance and (2) comprised of at least two of the named noble grapes, with none making up more than 90% of the wine.

I decanted this wine, not because I wanted to give it lots of air to open up; rather, I decanted it because it is neither filtered nor fined and I wanted to avoid any possible unpleasantness, which, quite happily, I did.

As soon as I brought this wine to my nose, I started enjoying it: aromas of red fruit, wet stones, and spice. On the palate I found, juicy berries, ripe cherries, plums, and spice. The wine filled my mouth with a roundness that wasn't the least bit "mushy"—the acidity made the wine juicy and the gentle tannins gave it structure. And yes, it went well with the chicken pot pie.

I share one caution: Once you open the wine, drink it. I left about three ounces (half of my six-ounce pour) in my glass for a couple of hours and when I went to finish it up, it had lost its verve. At $42+, you want to enjoy every last drop.

Inniskillin 2006 Discovery Series Pinotage: $29.99/13.5% ABV. I decanted this Pinotgage for about an hour before serving it.

Made from 100% Pinotage grapes, this wine presents blackberry jam, smoke, the earth, and something a little tropical (banana?) on the nose, along with juicy fresh ripe raspberries, red fruit, spice and soft tannins on the palate. It paired well with a grilled strip loin steak, oven-roasted rosemary potatoes, and home-made Caesar salad. But you know what? It worked okay as a sipper on its own.

You can read what other B.C. wine lovers have to say about it at http://www.bcwineries.net/.

Strut wines, a little déjà vu and my two cents worth on International Women's Day, 2010

Today is International Women's Day (IWD). Exactly 35 years since I first became aware that there was such a thing.

IWD had, of course, been established in 1911 and was finally officially recognized by the United Nations in 1975, which it declared as International Women's Year. That's the year I first knew of it.

I came of age in the 70s while attending Cariboo Hill Secondary School in Burnaby, B.C., a suburb of Vancouver and, in those days, truly a bedroom community.

When I first started there in 1970, we girls were not allowed to wear long pants at school. If it was a snowy day, then we could wear long pants to school, but had to take them off once in school. Certainly it was okay for us to wear mini, midi, and maxi skirts and hot pants and crop tops any time of year. Oh yeah, and we could smoke (anything), too.

1972 is the year I learned that opportunities weren't the same for boys and girls or for men and women. So I became active. I became vocal. I became a feminist. And that made people angry.

The 70s were stormy, for women and the world. So many people feared feminism; they actually thought that in order to be a feminist, one had to hate men or take their power away, when really it just meant one was actively working to provide equal opportunity for women to be whole sexual (not sex objects), intellectual beings able to control our own bodies while we think, learn, practice, try, and even fail.  Fear can make people do crazy things…

So here I am in 2010, one year before the 100th anniversary of International Women's Day, and you're wondering what the hell any of this has to do with wine.

Well, not much, I suppose. Except that these three bottles of Strut wine—Well-Heeled White, Risqué Rosé, and Red over Heels—and their labels depicting women's disembodied parts (legs), are leaving me with a sense of déjà vu: women objectified, not respected.

Sure, I understand the rationale from the marketing department. I'm certainly not arguing that the marketing's not working. Hell, I know it is. And that's what's making me sad.

I received these three wines as samples in December, 2009, and originally tasted them in early January. Unfortunately, I misplaced my notes so, rather than try to remember, I went and bought another three bottles. Last night I tasted them. Again.

Here are my notes:

Lots of tropical fruit and citrus on both the nose and the palate with this entry-level white wine. For the price, it will serve perfectly as that Tuesday-after-work patio wine. And, when someone wants to add ice cubes in the glass or mix it with soda, you won’t flip out.

The strawberry and banana penny candy on the nose is a sure give away of the Gamay component of this wine. The rest of it—aromas and flavours of strawberries, sour cherries, and rhubarb—work together for an enjoyable value-priced BC rosé. Juicy and nicely balanced, I’d buy this one again.

I found plums, blackberries, black olives, and spice on the nose, with plums and ripe cherries on the palate. This simple, pleasant wine is value priced and ready to drink now. It worked just fine with tonight’s meat loaf and would probably match up with any meat dish that wasn’t too rare or rich.