I received notice by email this morning that my TIMEkeeper club wine would ship soon and that made me think of this recent wine write-up.

Every month, I pair a wine with a Lepp Farm Market recipe. I chose the following Time Estate wine to complement Lepp's recipe for cream of roasted tomato soup and the write-up was published in the Abbotsford News on September 25.

Unfortunately, I can't find that issue of the paper online (it's not there in the visible eEditions archives), so I can't share either a link or PDF file; however, here is what I wrote...

On the nose:
Tropical fruit, citrus peel, with sweet floral notes and hints of smoke and vanilla.

On the palate:
Ripe fruit: melon, apple and lime, followed by a whisper of butterscotch and smoke.

Overall:
This Chardonnay has a nice round buttery mouthfeel countered with a lively acidity, which in my books is a recipe for delicious!

Pair it:
Time Chardonnay will pair well with roasted chicken, a mushroom-and-sage frittata, chicken salad with mango and peach, or with creamy home-crafted tomato soup made with roasted tomatoes and vegetables.

This is, hands down, my favourite Christmastime shopping adventure for a number of reasons. Here are just seven of them, in no particular order of importance:

This year's show offers up a little bit of a wine-tasty twist, with a selection of B.C. wineries (including fruit and honey wineries) plus a spirits maker sampling their wares in the Sips of the Season area. And the good news is, you can purchase what you taste—right then and there.

In addition, I will pair one (or more) of the vendors' wines with each culinary creation at the Home for the Holidays stage. Get the schedule here.

Here is a list of the participants at Sips of the Season. Many of these wineries and wines are new to me, so this should be exciting! 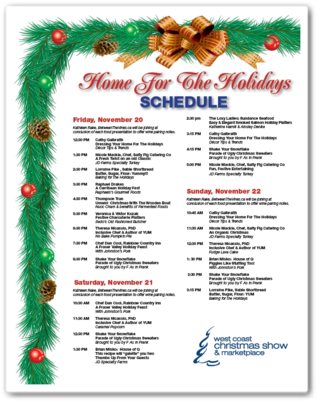 In the August 21 issue of the Abbotsford News (page A35), I paired the Singletree Winery Siegerrebe with Lepp Farm Market's Asian Ramen Noodle Salad recipe.

Click here or on the image below for the recipe and wine pairing. 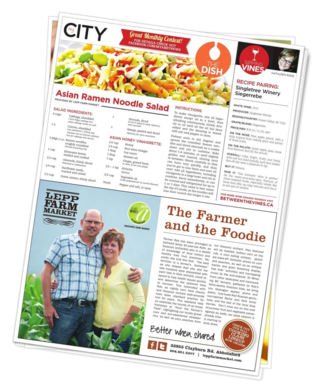 Wine lovers take note: There is a beer for you—wine geeks say so

Some six or seven years ago, I told fellow wine lovers Sean Calder and Shea Coulson, who were each drinking a cold brew after a lengthy wine-tasting event, “I don’t really like beer.”

Their unrehearsed response came quickly and at the same time, “That’s because you’ve never tasted a good one.”

Fast forward to 2015, and I can tell you they were right.

So, what is good beer, really?

I am not an expert, but I have taken to practising (by tasting) in order to work my way to becoming one.

It started with participating at the beer presentations in between my wine seminars at the Fraser Valley Food Show, where I was told plainly that “beer tasters don’t spit.” (I haven’t yet found spittoons at any beer-tasting events or venues.) I followed that by getting advice from people in the wine world whose palates I trusted, and applying my wine-tasting experience to the pint glass.

When I drink a beer, I want something that is refreshing, pleases my palate, has some complexity, and makes me want to take another sip.

And, since I rarely drink beer without food to go along with it, I want a beer with a flavour profile that will enhance the whole experience, not overpower it or get beat up by it.

Just my luck that here in the Fraser Valley I have easy access to a number of craft beer breweries.

In Abbotsford, for instance, you will find Old Abbey Ales, Ravens Brewing Company, and, expected to open in December this year, Fieldhouse Brewing Co.

When Ravens had its grand opening, I went in to say hello to owner (and fellow wine lover) Paul Sweeting, wish him well in his new venture and taste the beer made under the expert eye of head brewer Nick Fengler, another Fraser Valley local.

It was an interesting flight, with a number of glasses calling me to taste again. But the one I liked most, the one that suited my palate best, with its citrus, spice and light-but-lingering bitterness, was the Farmers Ale. “That’s funny,” said Sweeting, “It’s the one we made with wine drinkers in mind.”

At the inaugural BC Hop Fest in October at Dwayne and Diane Stewart’s hop farm in Abbotsford, I was able to taste several more craft beers, this time made with fresh instead of dried hops. “It’s called wet-hopped beer,” explained event producer Donna Dixson. “The hops have to get from the bine¹ to the tank in 24 hours.” 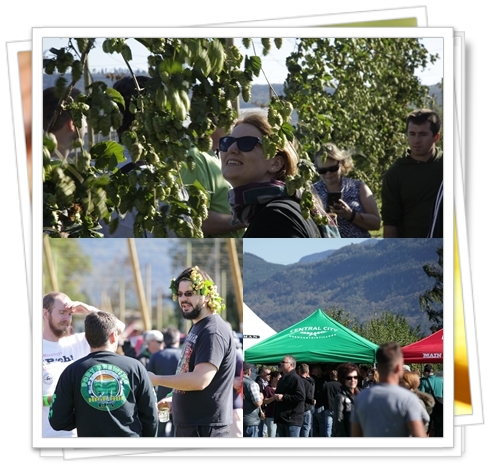 A number of people compare fresh or wet-hopped beer, which can be produced only at harvest, to Beaujolais Nouveau that sees release on the third Thursday of November. I hesitate to make the same comparison, but I understand the general message they are trying to send—it’s fresh and comes just once a year.

This year’s BC Hop Fest was blessed by the weather gods. And people got to taste the fresh beer while standing practically between the hop bines. Each vendor was excited to talk about his or her particular wet-hopped beer, and those who used the host farm's hops could even tell you from which row their hops came.

BC Hop Fest was a perfect opportunity to taste and learn more about craft beer. Mark your calendar for next year’s event: Oct. 1, 2016.

¹The upwardly growing stem upon which the hops grow is called a bine, not a vine.